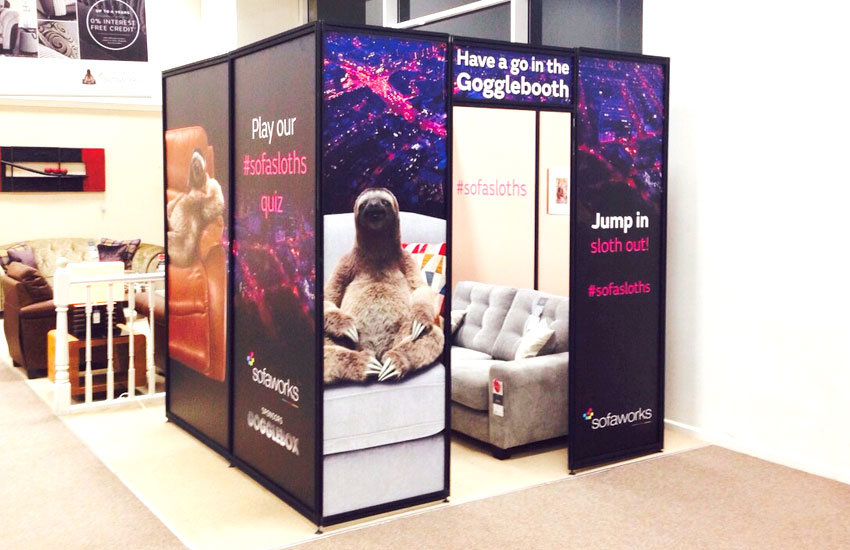 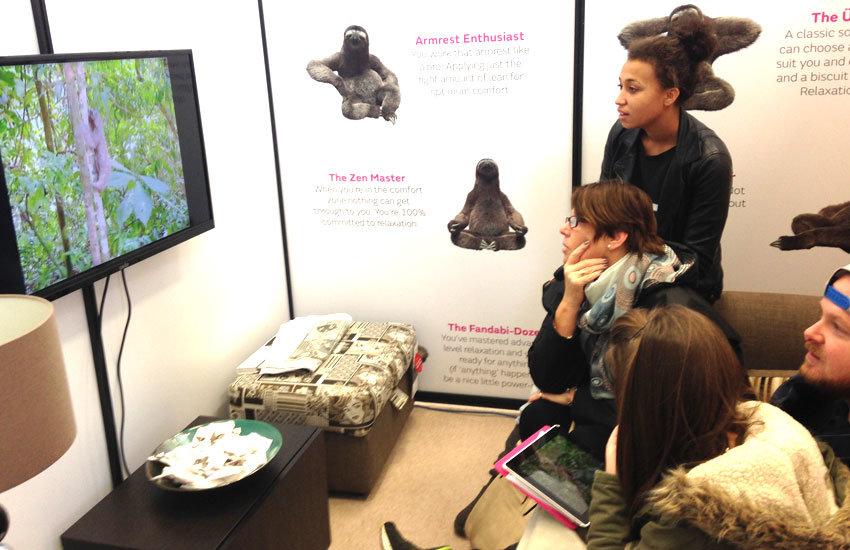 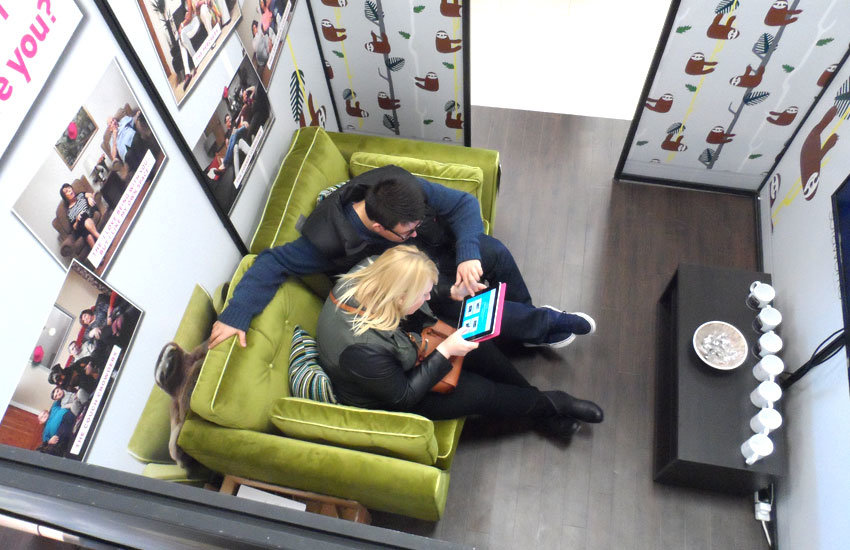 When Sofaworks (now rebranded as Sofology) decided to sponsor another series of the Channel 4 hit show Gogglebox they commissioned us to design, build and install a ‘Gogglebooth’.

The Gogglebooth spent a full weekend at each of the Sofology stores, installed overnight on Fridays by our crew then derigged and collected on Monday mornings.

Seated on a comfy sofa inside the Gogglebooth, customers test their TV knowledge by taking part in an interactive quiz on the iPad app. Using a live streaming service and 4G WiFi connection the Gogglebox app was mirrored on to an LCD TV screen on the ‘living room’ wall for all participants to see.

Encouraged by our event staff, customers chose one of two paths on the app, taking the quiz with a chance to win Neal (the Sofology sloth) goodies or by taking a selfie using the built in camera and sharing it to social media.

Supported by Sofology’s social media and advertising campaign the Gogglebooth became an in-store focal point for customers, generating a huge number of participants and driving additional footfall to stores.